We had a discussion on my FB page today about the cost of educating our children in private religious schools. I was complaining that even though I already spend so much on tuition, I have had TWO requests from the same child for extra money for two different field trips within the next week. My point was that I wished they would fold these costs into the already exorbitant tuition and that way it wouldn’t always be so painful to reach into the wallet.

I know, it’s my choice to send them to these schools, and to pay the fees. That isn’t the point under discussion here. One of my friends made the following statement, after reading that one person pays $25K per year for her son’s education,  and I wanted to hear your opinions.

Forgive me for saying this, but do you ever get the feeling that people potentially get priced out of being religious? I can imagine that many get lost bc how the heck can you pay that? That’s worse than some college’s tuition.

The discussion continued on to the price of kosher meat and in fact, I wonder, for those who have gone off the derech – was cost a factor? Pesach is one of the most expensive holidays – I remember Pesachs where I spent $2,000 on food and matzah – for EIGHT DAYS!!  A Lulav and Etrog can set you back a good few hundred dollars on Sukkot, and tefillin? A good set is a couple of grand. And that’s just for starters…

I love being Jewish, I love celebrating my religion and having the religious freedom to do so, I just wish it wasn’t so prohibitively expensive. Is there any way to cap education costs? To reduce the cost of kosher food?

(I know my brother will leave a comment saying move to Israel, make aliyah – that might solve the issue for me, but not for everyone else still living in Chutz LaAretz.)

Friend of mine was at the nail salon today and texted me that there was a religious lady there at the same time, getting a pedicure. Whilst sitting in the big huge massage chair, and having her toes and feet pampered and painted, she was reciting tehillim (psalms).

I guess it makes a break from reading the trashy magazines the nail salons leave lying around, but part of me is a little weirded out.

I know that the two times a year I go for a pedicure I enjoy every single second of it, and I take it as ME time. Perhaps that’s why I find it hard to understand that a woman can see a pedicure as a chore that takes time, and she’d better seize the moment of peace and quiet to pray.

But seriously, how can you concentrate on prayer when someone is manipulating your feet? 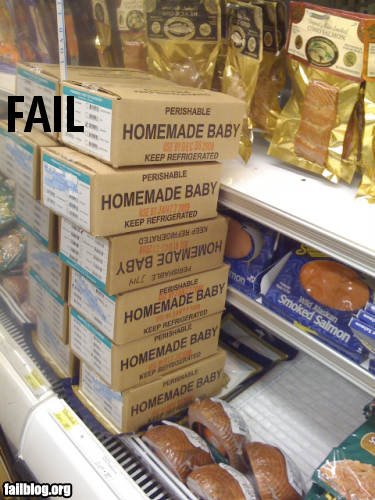 I don’t even know what it is supposed to be!! Do you?

Parental Supervision Ends at What Age?

I just took the ChatterBox out for pizza – he earned a free slice and a free ice cream through a learning program at school. While we were there a group of four girls came in, not one of them more than seven years of age. No parent with them. One girl went up to the counter, stood on tippy-toe to order,  and paid with the money she had been clutching in her fist.

The food was ready, the girls ate and chattered and ate and ordered ice cream. Then left. Again, alone. Now, I didn’t see where they went after leaving the store – perhaps a parent was waiting in the parking lot, perhaps they live just down the street. It just struck me that I would never allow my NINE year old to hang out in a public place without a parent present – yet these girls were without parental supervision for a prolonged period of time. I worried for them – if anyone wanted to walk off with one of them, it would not have been difficult.

Am I over-reacting? Is it OK for a group of 7 year-olds to be alone in a pizza store? At what age would it be ok? Am I coddling my 9 year old by not allowing him this kind of independence?

Posted in family, slice of life

Oy, They Slay Me

Our vet said that Max could be taken outside to do his business so long as he stays on the leash and on our property and away from other dogs. It was very amusing watching KoD and Max frolic outside.

Max made decent use of his outside facilities and was rewarded with a treat.

One of the boys complained “Why don’t we get treats when we pee outside?”…..

We have to fix Max

Anyhow. We have to get him neutered or spayed or whatever (I will spare you the graphic description offered by the young ‘uns in this house). We have been told that we cannot own him the day he is fixed, halachically, and we have to “sell” him to a non MoT for that day.

Can anyone explain why?

Introducing the Newest Member of the Family

Yesterday we went to North Shore Animal Shelter to look at dogs, and we fell in love with this 10 week old German Shepherd Mix puppy. KoD and the kids have been trying to convince me for a long time to get a dog and I have been resistant. But look at his adorable face! How can you resist that shayna punim?

The boys had no clue we were bringing them home a puppy – they were so shocked and surprised and totally fell in love instantly!

We are crate training, and he can’t go outside yet for another six weeks until he has had his rabies shot – so we have a lot to learn. But Doggle (we will decide on a name soon) is so loved and so treasured.

Was at the store with Lenny (16.5) – he saw this sign and quipped “and this is why there is a shidduch crisis!”

My son Prince HockeyFan and his class are watching a movie about the Holocaust, called Auschwitz – Inside the Nazi State. He came home and told me he was in the movie. I netflixed it, and took a screenshot.

Looks so much like him, ears and all. Eerie.

Now he wants to find out who this little boy was and if he survived.